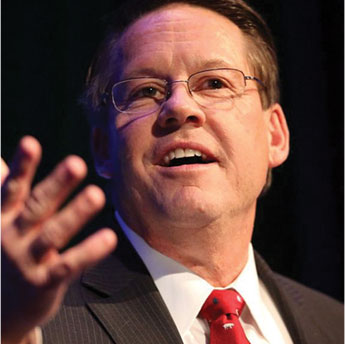 Former CEO of Smithfield Foods from 2006-2015. During Mr Pope’s 35 year career at Smithfield, he saw the company grow from a small local pork processor to the world’s largest pork company with sales totally nearly $15 billion and global operations across the US, Mexico and Europe. He and his wife, Mary, are natives of Virginia and are residents of Williamsburg. They have two children and three grandchildren. Mr. Pope holds an undergraduate and graduate degree from the College of William and Mary. He has been active in philanthropy in the Tidewater area for many years.